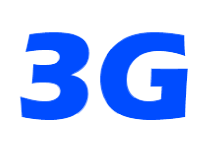 ::: Update on October, 2015 :::
This table may not be up to date because after posting this article back in March 2014, telecom operators have expanded their 3G footprint in many new places. Presently you can find 3G coverage of Airtel and Vodafone in most of the places across West Bengal circle. Whereas Reliance 3G and Aircel 3G is mostly available in district headquarters and Idea 3G is provided by ICRA agreement with Airtel.
Email ThisBlogThis!Share to TwitterShare to Facebook
Newer Post Older Post Home