Recently MTS India has announced its entry into the home Wi-Fi segment as the telecom operator eyes increased revenues from data usage. MTS is eyeing the home Wi-Fi segment, which is a small but growing segment in India, as more and more smart device users log on to Wi-Fi networks at their homes and offices to surf the Internet.

“This launch marks a strategic shift in focus for MTS from being primarily a dongle driven data company to a Wi-Fi solutions provider,” the firm said in a statement. The specially-designed Homespot Instant Wi-Fi solution comes with an MBlaze Ultra dongle which works with a simple plug and play mechanism and can provide high speed broadband access to five users simultaneously including smartphone customers, it added. 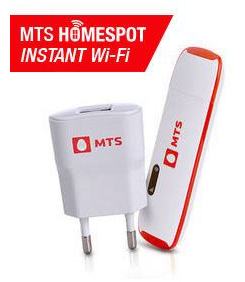 The product is targeted at people in the age group of 16-35 years with small families with higher focus on tier II and III cities. It is specially-designed for families which consume Internet on multiple devices including smartphones with different Internet connections when at home, MTS said.