Karbonn Mobiles has announced yet another budget Android smartphone dubbed as Karbonn Aura 9 which has been priced at Rs.6,390. The best feature of this handset is that it comes with a massive 4,000 mAh battery. 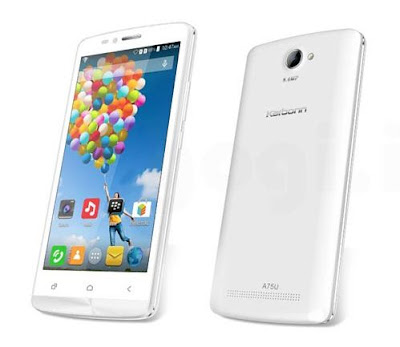 Karbonn Aura 9 features a 5 inch screen powered by 1.2 GHz quad-core processor. The handset runs Android KitKat 4.4 out of the box. There is an 8 MP AF camera with LED flash on the back and a 5 MP camera on the front of this device. This dual sim 3G smartphone also comes with 1 GB RAM, 8 GB internal storage and supports 21 Indian regional languages.

Karbonn Aura 9 will be available for purchase in Blue and White colour variants for a price of Rs.6,390.
Email ThisBlogThis!Share to TwitterShare to Facebook
Newer Post Older Post Home