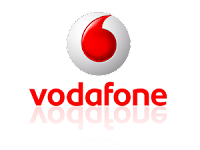 Vodafone India has officially confirmed that it is going to start 4G services in India by the end of the calender year 2015.

Vodafone will launch 4G LTE on the 1800 MHz band that it had acquired in February, 2014 spectrum auction for 5 telecom circles (Mumbai, Delhi, Kolkata, Kerala and Karnataka).

Vodafone is also expected to roll out its own 3G network in 7 circles (UP West, Rajasthan, Karnataka, Kerala, Odisha, Assam and North East,). After this the company will have 3G presence in 16 circles across the country.

The company mentioned the following points in a statement

Important data markets including Mumbai, Delhi, Kolkata, Bengaluru and Kochi will be part of the first wave of the roll out.

Testing of 4G services has commenced successfully. Vodafone India has partnered with leading global technology infrastructure service providers for the network roll out.

Pan-India 4G services will be launched at an appropriate time.

With some of the latest technological developments on the anvil, Vodafone is building a robust and resilient network architecture with a strong backhaul to support the volumes and need for speed from customers.