Gionee has announced a new smartphone in its Pioneer series dubbed as Gionee Pioneer P3S. This new handset is priced at Rs.5,999. 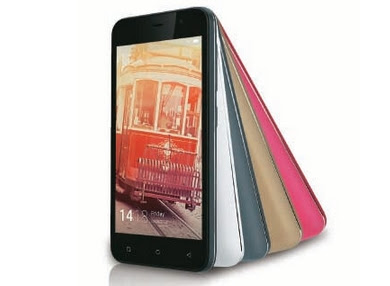 Gionee Pioneer P3S features a 4 inch display and is powered by a quad-core processor clocked at 1.3 GHz along with 1 GB of RAM. The device runs on Android Lollipop 5.1 with Gionee's own Amigo UI v3.1 on top of it. Camera specs wise, there is a 5 MP AF camera with LED flash on the back and a VGA camera on the front of this handset. This dual sim 3G smartphone also comes with 16 GB of inbuilt storage which can be further expanded up to 32 GB using a external SD card. It gets power from a battery of 2,000 mAh capacity.

Gionee Pioneer P3S is going to be available in White, Golden, Grey and Red colour options with a price tag of Rs.5,999.
Email ThisBlogThis!Share to TwitterShare to Facebook
Newer Post Older Post Home