Lava Mobiles has announced a new 4G capable smartphone in its Pixel series called as Lava Pixel V2. This release from Lava comes after the launch Lava Pixel V1 with Android One few days back. 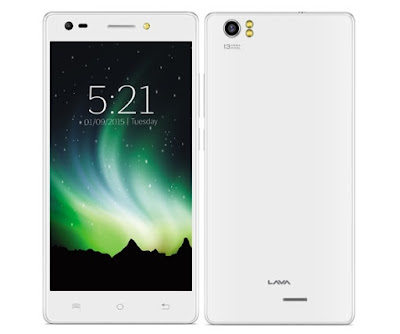 Lava Pixel V2 features a 5 inch screen and is powered by a quad-core processor clocked at 1.3 GHz coupled with 2 GB RAM. It runs on Star OS which is based on Android Lollipop 5.1.1. Camera specs wise, there is a 13 MP auto focus camera with dual LED flash on the back and an 8 MP camera with LED flash on the front of this handset. This dual sim 4G LTE smartphone weighing 128 grams also comes with 16 GB of inbuilt memory and a battery of 2,500 mAh capacity.

Lava Pixel V2 will be available for purchase from 15th September in Royal Black and Icy White colour variants for a price of Rs.10,750.
Email ThisBlogThis!Share to TwitterShare to Facebook
Newer Post Older Post Home