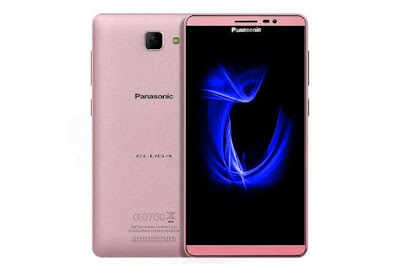 Panasonic has launched a new smartphone in the Eluga series in India. The all new Panasonic Eluga I3 comes with 4G LTE and VoLTE support and has been priced at Rs.9,290.

It features a 5.5 inch IPS display and is powered by a 1.3 GHz quad core processor. The handset runs on Android Lollipop 5.1 with FitHome UI on top of it. The Eluga I3 is backed by23 GB of RAM and 16 GB of inbuilt storage (expandable up to 32 GB). On the photography side, there is a 13 MP camera with auto focus on the back and a 5 MP camera on the front of this device. It is powered by a 2,700 mAh battery.

Panasonic Eluga I3 will be available in the market in Champagne Gold, Rose Gold and Marine Blue colour variants for Rs.9,290.
Email ThisBlogThis!Share to TwitterShare to Facebook
Newer Post Older Post Home