Lenovo has launched a new smartphone with 4G support in India dubbed as Lenovo Vibe K5. It has been priced at Rs.6,999. 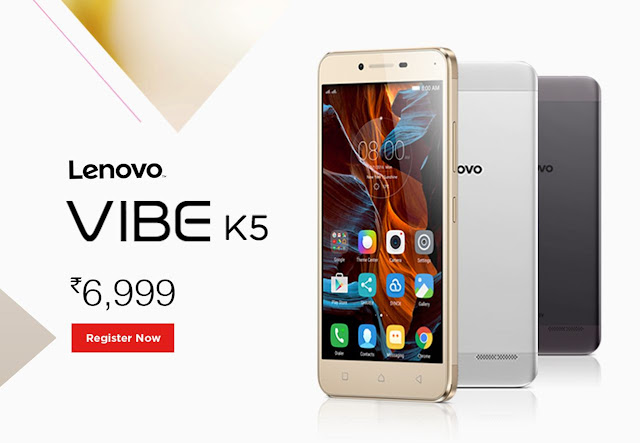 It features a 5 inch HD display screen and is powered by an octa core processor clocked at 1.5 GHz. The handset weighing 142 grams runs on Android Lollipop 5.1 out of the box. The device is backed by 2 GB of RAM and 16 GB of inbuilt storage space (expandable up to 32 GB via microSD card). As far as the camera is concerned, there is a 13 MP auto focus camera with LED flash on the back and a 5 MP camera on the front of this device. It gets power from a battery of 2,750 mAh capacity.The phone houses Dolby Atoms technology with twin stereo speakers.