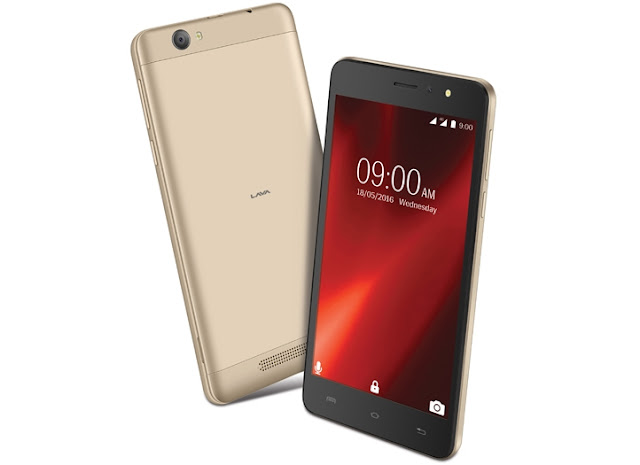 Yet another smartphone from homegrown manufacturer Lava has surfaced and it's called Lava X28. The handset comes with 4G VoLTE support and has been priced at Rs.7,349.

It sports a 5.5 inch HD display and comes powered by the Android 6.0 Marshmallow out of the box. Under the hood it comes equipped with a quad core processor clocked at 1.3 GHz alongside 1 GB of RAM. The handset holds 8 GB of inbuilt storage which can be further expanded up to 32 GB via microSD card slot. On the photography department, there is an 8 MP camera on the back with LED flash and a 5 MP camera on the front of this device. It is backed by a 2,600 mAh battery inside.

Lava X28 will be sold in Silver, Coffee and Gold colour variants with a price tag of Rs.7,349.
Email ThisBlogThis!Share to TwitterShare to Facebook
Newer Post Older Post Home