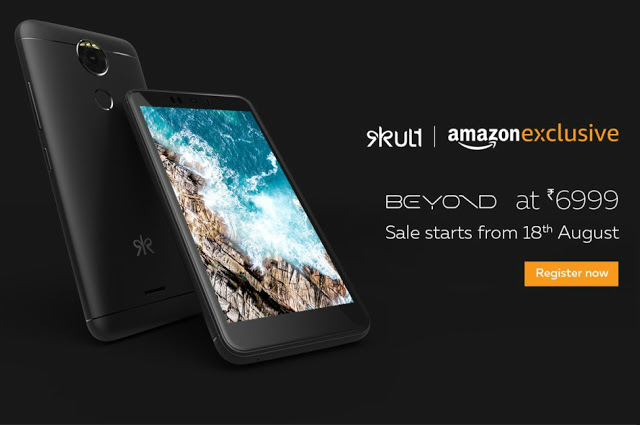 Smartphone maker Kult has recently announced its 2nd smartphone in in the country dubbed as Kult Beyond. It has been priced at just Rs.6,999. The main attraction of this handset is its 3000-mAh battery and a fingerprint sensor on the back just below the camera module.

It sports a 5.2 inch HD display and comes powered by the Android 7.0 out of the box. Under the hood it comes equipped with an quad core processor clocked at 1.25 GHz alongside 3 GB of RAM. The handset holds 32 GB of inbuilt storage which can further be expanded via SD card. On the photography department, there is a 13 MP primary and 13 MP front facing camera, both the cameras come with dual LED flash technology.

Kult Beyond will be exclusively sold via Amazon.in starting from 18th August, 2017 in Black colour variant for Rs.6,999.
Email ThisBlogThis!Share to TwitterShare to Facebook
Newer Post Older Post Home