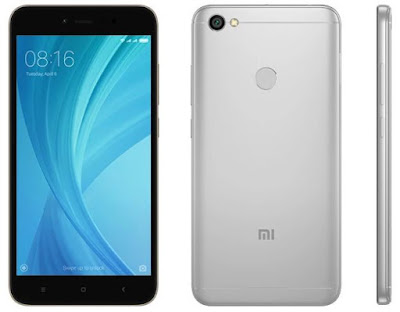 It sports a 5.5 inch HD display and comes powered by the Android 7.1.1 out of the box. Under the hood it comes equipped with an octa core processor alongside 3 GB of RAM. The handset holds 32 GB of inbuilt storage which can further be expanded via SD card. On the photography department, there is a 13 MP primary and a 16 MP front facing selfie camera, both the cameras come with LED flash technology. Notably this phone comes with two sim slots and a dedicated microSD card slot. There is a fingerprint sensor on the back of the device. It weighs just 153 grams.

Redmi Y1 will be exclusively sold via Amazon.in and Mi.com starting from 8 Nov, 2017 in Dark Grey and Gold colour variants for Rs.8,999. There is another version of the smartphone with 4G RAM and 64 GB memory which will be sold for Rs.10,999.

On the other hand Redmi Y1 Lite is a trimmed down version of Redmi Y1.

Redmi Y1 Lite comes with Snapdragon 425 chip and 2 GB RAM and 16 GB storage and 5 MP front camera. And all other features are same as the Y1.